Both local and national governments can struggle to communicate effectively with the citizens they represent, or use citizens’ contributions for decision‑making and prioritisation related to public services. Traditional methods such as surveys and consultations are cumbersome and fail to capture the scale and variety of contributions made possible by new digital tools.

However, current political e-participation platforms are far from ideal. The data generated can be difficult to interpret precisely because of the number and rich variety of contributions, particularly for public servants who have not been trained in big data analysis. This complexity can lead to valuable ideas being overlooked, loss of trust in politicians and less future citizen engagement in politics.

CitizenLab is an e-participation platform through which governments can connect with citizens to generate ideas for solving public problems or to seek their input for decision‑ making. The platform has been used by city administrations in more than 20 countries across Europe and often gathers thousands of contributions from citizens.

In order to make inputs more practical for civil servants, the company used natural language processing (NLP) and machine‑learning to categorise and cluster the text submitted by citizens in 2019. Using an approach known as topic modelling, the platform’s dashboard creates visualisations that cluster similar ideas together. Government officials using the platform will also find demographic information associated with each cluster. This helps decision‑makers to make sense of this content gathered through citizen participation and better understand the priorities and ideas of the public. 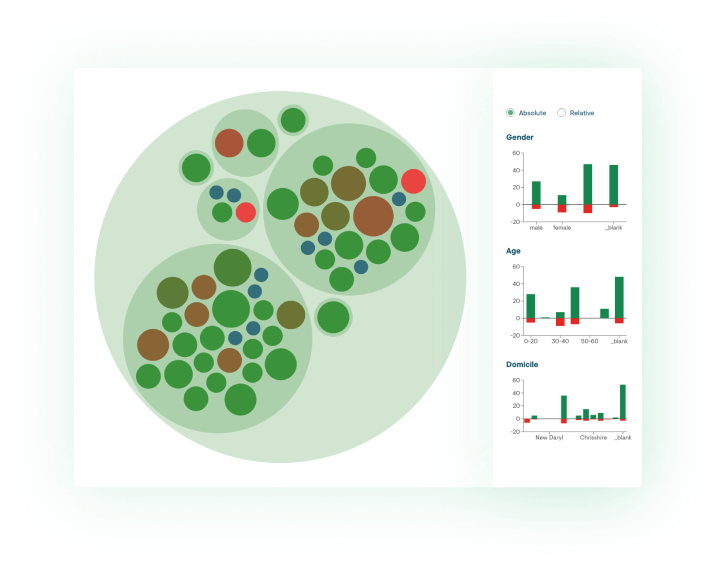 In 2019, CitizenLab and the environmental charity Youth4Climate appealed to young people to submit their ideas to help combat the climate crisis. Over three months, they received 1,700 ideas and approximately 32,000 votes from interested citizens in three different languages. First, CitizenLab and Youth4Climate manually tagged all inputs with over 255 votes by theme to identify the 15 most popular clusters. Then, using the new NLP categorisation tool on the CitizenLab platform, they grouped together all similar ideas under these themes. These ranged from 'Make online shopping eco-friendly’ to ‘Teach environment in schools’ and ‘Reforestation and urban greenery’. Youth4Climate is using the final votes to start a conversation with politicians about citizens’ priorities.