The research scientist showing how creative AI can be

The research scientist showing how creative AI can be 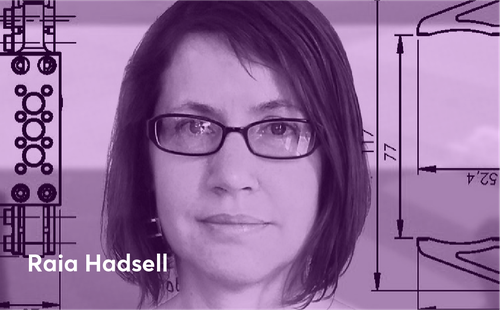 Dr Raia Hadsell grew up obsessed with – and surrounded by – puzzles. It was a family affair: her parents were so good at puzzles, in fact, that at one point they even won a car because of it.

So it’s easy to see how Raia developed a passion for coding – a passion that has led her to a fascinating role at DeepMind, where she leads a research team of ten. Her team is interested in building systems using ‘deep learning’ which demonstrate multiple cognitive skills, inspired by the biology of mammals and neuroscience to improve the performance of artificial intelligence (AI) systems.

“I wanted a career where I could have a big impact on the world,” she says. “And learn provable, scientific things while also being creative.” From this, in the early 2000s, Raia decided to study computer science, statistical models, and neural networks, the concepts which underpin what we today call AI. “The idea that we could develop algorithms that learn from their own observations in the world was a very compelling idea,” she says. “I wanted to be part of it.”

Although women have made brilliant contributions throughout the history of computer science, there are currently “very few women in senior positions in AI”.

There’s lots of unconscious bias – nobody is deliberately biased towards me as a woman, but they do often think I’m not a technical scientist”

This isn’t a problem specific to AI; it’s a reflection of wider trends in tech. It’s been decades, Raia points out, since there’s been “anything close to parity in the field”. Most computers, online gaming and gadgets have been marketed at boys meaning this lack of parity starts early.

“There’s lots of unconscious bias – nobody is deliberately biased towards me as a woman, but they do often think I’m not a technical scientist,” she says. In the past she has been asked if she “actually write(s) code”, a question she doesn’t believe a man in her position would be asked.

“It’s a slap in the face,” she says. “You’ve explained your technical research and someone questions your ability.”

Cultural issues can be far worse at startups than at larger companies, too. “Diversity and inclusion is less of a priority for smaller players like startups, who aren’t incentivised to think about representation in the same way as larger companies like Google.”

Education is obviously important. But “code and robotics clubs are not enough”, Raia says. “Firstly, they’re optional. And then they tend to be made up of mostly boys. If a girl comes into that environment she’s far less likely to think ‘this is for me’.”

“The technology we’re developing is something that is going to change our world. Women need to be a part of that."

AI is an “incredibly powerful tool”, Raia points out – women need to understand that if they study computer science, they’re not “resigning themselves to being hardware geeks forever”. Instead, we need to give young women an experience of tech as a creative field: “thinking about problem solving, algorithms, apps, hardware. ”

Alongside her work at DeepMind, Raia also helps run Women in Machine Learning, an organisation that supports and promotes women and gender minorities in the field. “We try to make sure that women in the early stages of their careers are able to attend top tier research conferences,” she explains. “Going to these conferences exposes you to new ideas and new networks. It can make a real difference to your career.”

“The technology we’re developing is something that is going to change our world. Women need to be a part of that.”

To find out more about Raia follow her on Twitter @RaiaHadsell or visit Women in Machine Learning.