The expert in machine learning

From Amazon Alexa to consulting for Cobalt Speech, Dr Catherine Breslin on how working in AI has changed her career 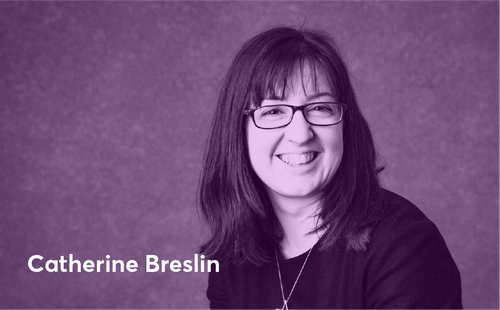 When Dr Catherine Breslin started her undergraduate degree at Oxford University, artificial intelligence (AI) was still an emerging field; most of us had no idea what it even was. Machine learning is now deeply embedded in our lives, so much so that we barely think about it: in virtual assistants, traffic predictions, in social media, in the way we search online.

Catherine herself didn’t know she was interested in computing, either. Her degree was in engineering, and only after enjoying a module in computer science in her first year of study did she switch to a joint major. She wanted to understand how computers can learn to do things that humans find easy – in particular speech and language.

Jump to 2019, and Catherine has just left a job in machine learning for Amazon Alexa to start work as a consultant at Cobalt Speech, a company that advises businesses and provides high performing custom voice and language technology for them. It’s a varied job – Cobalt’s projects have involved analysing call-centre audio, voice interfaces to control factory machines, and tools to assess the pronunciations of foreign language learners. No day is the same.

So how did Catherine get here?

“I didn’t know anything about machine learning until the fourth year of my degree,” she says. “I was interested in understanding more about how computers can interact like humans easily do – at the time, small children could understand speech better than computers could.” She was intrigued.

After a masters and PhD at Cambridge, Catherine started a role at Toshiba that continued her postgraduate work. Working as a research engineer, she looked into improving automatic speech recognition technology; one of her projects involved recording and automatically transcribing her team’s meetings. In 2014, she started her work at Amazon, developing speech and language technology for the now ubiquitous Alexa.

Catherine herself could easily be considered a role model. But when she entered the industry, AI and machine learning did not have the media interest or visibility it has today. Her role models were her teachers and professors. Growing up around technology at home made a huge difference – perhaps why she feels so strongly about increasing female representation in the field.

Once you’re in the field, machine learning is a great place to be, Catherine explains – there’s plenty of demand for people with her skillset. But that doesn’t mean there aren’t barriers getting into it in the first place.

Many children miss out on opportunities because they simply don’t know about them – many don’t study STEM subjects, opting out early. There’s also a stigma around maths and computing, Catherine says many children believe that it’s a “nerdy” job, picturing themselves working alone on a computer. But this couldn’t be further from the truth.

“That’s a misperception,” she says.

“Solving problems using tech is a creative and collaborative endeavour”

As for gender representation, Catherine believes that we need more visible women in senior technical roles to break down the myth that women don’t belong in the sector. She points to the many great initiatives that showcase STEM careers to girls, but notes that representation at higher levels is unbalanced and leads to young women progressing slowly or dropping out altogether.

This isn’t just an issue of gender parity within the industry, either: it affects product design, too. “Products are often made most useful for the people who design them,” she says, “we need a diverse set of people in order to make products that are useful for everyone”.

Intellectual background is also key. Catherine believes that we need people from all disciplines to make good products – historians and social scientists should be involved, too, not just engineers. Universities should take a multidisciplinary approach to learning – the only way they’re likely to produce creative engineers.

“It shouldn’t be on a computer scientist or engineer to understand everything,” she says. “It should be a conversation between people with different perspectives”.

So how to encourage young women to pursue a career in tech?

First, we need to link technology with young women’s interests and passions; as she says, tech isn’t just about working alone on a computer. There are links with health, environment, climate change, wellbeing, social justice – plenty of areas where women may be passionate about making a difference or solving problems.

We also need to cast our net a little wider. Computer science degrees are not the only way into tech: physics, chemistry and maths alongside social sciences and languages are all disciplines that can lead to tech.

Education in schools could also be a good place to start, with teachers and parents involved every step of the way. Teachers need resources, Catherine believes, for confidence to teach around technology, and easy ways to connect their students with industry role models. Organisations like the Raspberry Pi Foundation, Form the Future, The Female Lead and Founders 4 Schools are already working along these lines.

Catherine has started doing this herself. The mother of two children, five and seven, she’s already gone into local schools to talk about AI, receiving “lots of interest and questions” from kids. The question is how to scale this across all schools, ensuring that, like Catherine, young people have the opportunity to thrive in tech.

To find out more about Catherine find her on Twitter @catherinebuk or via her blog My Computer Doesn't Listen.