The engineer with a masters in Buddhism

The engineer with a masters in Buddhism

Find out about Ilona Budapesti's unusual career path and what led her to apply machine learning to Buddhist texts to combat sexism in ordination rights. 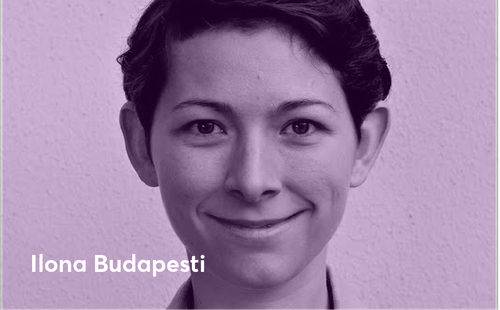 Ilona Budapesti does not have what you’d call a stereotypical CV. Many people working in tech follow a traditional route: studying computer science or another STEM subject at university, postgraduate work to hone their interests, then a varied career in their particular speciality. Ilona’s route was not so simple.

After learning the basics of coding at the age of six, she was educated in computational linguistics at Harvard and Oxford. Her first roles were developing and producing web applications for corporates like Lehman Brothers, RBS, Rakuten and PayPal.

It was after her first ten years in the world of work that her path diverged somewhat. Senior enough to work remotely, Ilona followed up her interest in Buddhism, adding to her Japanese and Chinese language skills, by learning Tibetan and Pali. She switched from full-time work to contracting and travelled to monasteries, shaving her head and attending silent retreats.

Her unusual journey didn’t end there. Exasperated with the lack of women’s ordination rights in Buddhism, Ilona travelled to Oxford University to embark on an MSt in Buddhism Studies, applying machine learning to Buddhist texts. Buddhist nuns, she learned during her time in monasteries, don’t have the same rights as monks. Outraged by this, Ilona began using AI to investigate the history of sexism in Buddhism, discovering that more discriminatory things had been added to the canon between the 4th and 11th centuries.

Using her machine learning skills, Ilona was able to detect statistically significant parts of the text in order to date them – and automating this process meant she was able to look at many more texts than other scholars had.

Ilona was six when she first learned to code. It’s obviously had an impact – encouraging women into the sector is now a key part of Ilona’s life and work. Her most recent project is 1 Million Women to Tech (1MWTT), an arm of US charity ABC Education. The project is specifically aimed at working-age women. Though encouraging young girls into technology is clearly vital, Ilona was keen to enact change now by providing opportunities for the more challenging task of re-skilling.

The project started with the Oxford Hackathon. Ilona was president of the Oxford computer science society at the time and was horrified to find out that only eight per cent of the 804 applicants were women. She initially hoped to get 300 women involved in the free online 1MWTT Summer of Code programme; she ended up with 19,951. The project now has 29,000 women on the database, most of whom access the courses for free; courses paid for by 300 women funded free access for everyone else.

This doesn’t mean that her journey has been easy, however. Ilona has faced fierce competition in a male-dominated field; she quit one job at a startup after the founder told her that “if women want to have children, they shouldn’t have a career”.

“It’s hard to be the only woman. You’re always second guessing yourself – am I thinking differently because I’m a woman, or because my idea is good?”

And it starts young. She believes that there’s a “gifting imbalance” – boys are more likely to receive gadgets, computers or robots as gifts, while girls don’t. This means boys are given a head start – if a boy is given a computer for Christmas aged ten, Ilona points out, by age 16 he already has a six-year advantage on his female peers.

As for solutions, Ilona hopes that 1 Million Women to Tech will continue to help women into tech. But she also wants men to get involved. “Hire more women, pay them equally and promote them!” she says.

To find out more about Ilona find her on Twitter @IlonaBudapesti or via the 1 Million Women in Tech website.