In 2016, we’ll unlock a new level in computer game therapy as doctors start to prescribe them to their patients, says Olly Arber

Imagine if you could play a computer game that healed you as you played. Sounds far-fetched? Computer game therapy is a growing field that is still finding its feet. But my prediction is that 2016 will be the year that doctors start prescribing games to patients.

The games industry gets a bad press. From the social isolation of teens grinding through levels in their bedroom to the psychological damage caused by playing first-person shooters, the perception is certainly tipped against the industry in terms of promoting wellbeing.

And yet, play as a source of therapy has been around for years. Role playing has long been used to help patients expose issues that can’t be confronted head on, and the role of team games in mental rehabilitation is well- documented.

But the health benefits of computer games are only just coming to light.

Each year, a quarter of the UK population will suffer from some type of mental health problem. The severity ranges from mild anxiety to full-blown depression, and many of these symptoms start in children before the age of 14. Mental care services are struggling to keep up and the need to find preventative measures is now greater than ever.

Medicine and technology have a long history. But solutions have tended to focus on hardware, such as pills and diagnostics, rather than software to heal the mind.

With the rise of the gaming industry, a new set of tools with therapeutic potential are emerging. Strong narrative structures, immersive role-play and comforting game dynamics are being brought to the attention of both researchers and doctors as valid treatments for a range of mental illnesses.

The relationship between computer gaming and health is in its early stages, but researchers are uncovering the possibility that gamers suffering from mental illness could be helping to alleviate their symptoms before computer games become an officially recognised treatment.

A recent study published in the American Psychologist found that computer games could provide a cheap and effective way, alongside other drugs and therapy, of alleviating mental health problems.

The research found that all games, not just socially complex or immersive role-playing games, have a part to play in alleviating mental health conditions. Even simple games that are easy to access and can be played quickly, such as Angry Birds, were found to improve players' moods, promote relaxation and ward off anxiety.

But what if we designed games with the specific intention of treating mental health problems?

Positive thinking gets a level up

A team from New Zealand has become a pioneer in this field. The designers have developed an innovative role-playing game aimed at teenagers suffering from depression. The game, called Sparx, leads players through what looks like a traditional online world. The difference is that all the role-playing interactions have been written with the help of health professionals. The language, tone of voice and narrative structure are all designed to help abolish negative thought patterns and focus on promoting positive affirmation.

The game has been piloted as part of a medical study, and the results, published in the British Medical Journal, are significant. All of the patient group, whose symptoms ranged from mild anxiety to acute depression, experienced a drop in negative thoughts after playing the game.

And it’s not just narrative techniques that can help. Nesta has supported design agency Shift to develop a game that helps people improve their wellbeing as they play through more physical game mechanics. The game uses wearable technology to measure heart rate variability and rewards players who can control their heart rate through regulated breathing – a habit that is incredibly useful in promoting wellbeing and mental health.

Early trials have shown that players can increase their mental resilience and wellbeing through repeated gameplay. It’s an exciting proof of concept that is still in its early stages, but 2016 will see more games like these with biofeedback built in to help players learn to improve their emotional control.

When the famous gamer Jane McGonigal suffered a traumatic head injury, she was so convinced that gameplay would help her recover that she developed her own game, Jane the Concussion Slayer, to use as part of the treatment. After a full recovery, she went on to conduct a piece of research analysing people’s brain patterns while they played immersive role-playing games.

The research revealed that computer games light up the part of the brain associated with motivation, learning and goal orientation. McGonigal says: “These are the parts of the brain that don’t activate when people are suffering from depression. Gaming is the neurological opposite of depression”. She has now developed a programme SuperBetter to help patients heal by creating what she calls a “gameful mindset”.

These games clearly show the potential benefits for psychologists, clinicians and game designers to work together to integrate computer game playing with traditional therapy.

Prescribing repetitive game mechanics to help block the effects of trauma, or positive role-playing games to alleviate the symptoms of depression, are already here. They have just been waiting for the collaboration between games industry and health professionals to bring them to a wider patient audience. That waiting is over. This will be the year that computer game therapy goes from the lab and into the doctor’s surgery.

By the end of 2016, doctors will be prescribing half an hour of Minecraft to be taken alongside other drugs and therapy. 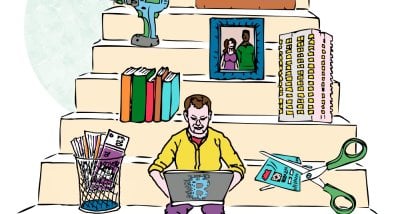 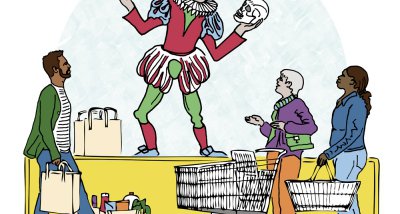