Vinay Gupta, founder of Mattereum Ltd, will be speaking at FutureFest 2018 on Saturday 7 July
11 June 2018
In Futurescoping
4 min read 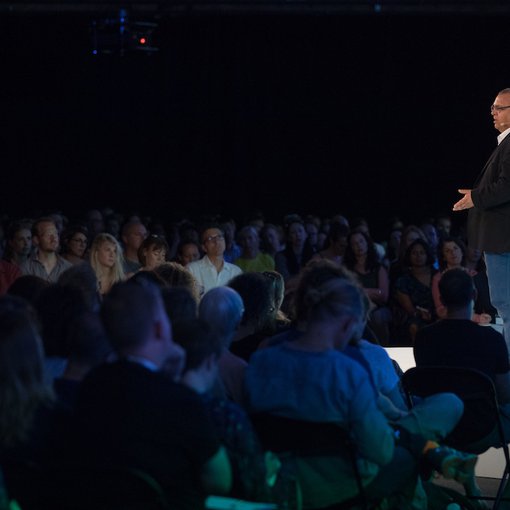 Vinay Gupta is a technologist and policy analyst with a particular interest in how specific technologies can close or create new avenues for decision makers. This interest has taken him through cryptography, energy policy, defence, security, resilience and disaster management arenas.

He is the founder of Hexayurt.Capital, a fund which invests in creating the Internet of Agreements. Mattereum is the first Internet of Agreements infrastructure project, bringing legally-enforceable smart contracts, and enabling the sale, lease, and transfer of physical property and legal rights. He is known for his work on the hexayurt, a public domain disaster relief shelter designed to be build from commonly-available materials, and with Ethereum, a distributed network designed to handle smart contracts. 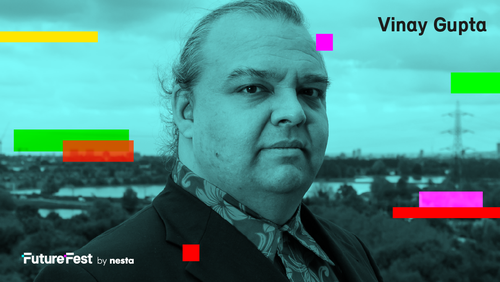 You've been involved in thinking about infrastructure and systems that empower individuals, but with a global scale and reach, all your career. What is your underlying philosophy beneath all these endeavours?

For me, it relates back to the fact that right now, about half of the human race live in rural spaces whilst the other half live in urban spaces. The sustainable portion of humanity are largely farmers who are still in the same ecosystem that people have lived in for thousands of years. So my underlying question has always been, how can we bring their standard of living up without significantly increasing their ecological footprint? In my opinion, it would be much easier to raise the standard of living for the rural population than to make the current urban lifestyle sustainable.

What is blockchain a staging post towards? What is your personal vision for the future of blockchain? What conditions and ideas can make the best of blockchain?

For me, what it boils down to is that right now the digital revolution has kind of stalled. I see blockchain as being a set of technologies that has the potential to move the digital revolution into the next phase. This involves automating processes around banking, insurance policies, leases, basically buying and selling anything more complicated than Amazon shopping.

Why at this point in history does it come down to a pile of paper contracts when you’re doing anything remotely serious?

Why at this point in history does it come down to a pile of paper contracts when you’re doing anything remotely serious?

The bureaucracy and paperwork is so frustrating. It's not just the process of getting a contract signed, it’s the content of the contract. We’re in this position where we have an enormous amount of paperwork, which should be able to be automated. Blockchain is a step on the way to getting all that paperwork automated and that has huge industrial implications.

You are a strong advocate for those at the bottom of the scale, globally. What can those in the affluent West do, with all their power, technology and resources, to reduce poverty and exclusion in the world?

The most fundamental thing that people can do is understand that they are rich. People in the west are fairly convinced that they are poor. If you’re making 22k a year and you live in London, the perception you have is that you are poor. But if you look at the numbers, you’re in the top 5 per cent of the world.

If this is what it’s like in the top 5 per cent, then what is it like half way down? What is it like two thirds of the way down? That misunderstanding, that these affluent lifestyles are poverty, causes us to totally misunderstand our position and how the rest of the world lives.

The need to remodel our understanding of the world is crucial. Think about what it would be like to share your income with 99 other people, then you’ll begin to get some notion of how other people live. That’s a 6th or 7th of humanity, living like that. If we better understood our privilege, it would automatically change the way we behave. It’s this distortion in our view of the world that causes us to ignore the scale of poverty.

Is it unrealistic to endeavour towards a more balanced and equal society - where the majority of wealth isn’t concentrated among a tiny portion of people? Or can we reform our economy and the structures of our businesses, and realign them with social goals?

Well, my fundamental concern is not with equality, my concern is with a minimum standard of living. We can help the least fortunate people by setting a minimum standard X that we all agree on. It doesn’t give you a more equal society, but it lessens suffering, which should be a primary goal.

Lots of people who are homeless are unable to collect benefits because bureaucracy doesn’t work for them. And even people who are on the dole, their benefits keep getting interrupted and they have to jump through bureaucratic hoops to try and resolve this. This massively decreases their quality of life.

We could have every British person paid say £100 automatically, regardless of their salary. So if somebody is not getting that money, it’s seen as a crisis and you automatically re-issue the money. This would be paid to everybody and then claimed back on taxes for those above a certain pay bracket. You would wipe out most of the suffering associated with homelessness and unemployment by introducing this system. Not a single person would be able to fall through the cracks or have to worry about getting kicked off the dole because they hadn’t turned up to a meeting or something.

We’re paying a stupendous amount of money for means testing so we can try and kick people off benefits. This is the kind of thinking that comes when you don’t really accept that your citizens have rights. We think of them as entitlements, not rights. In theory, we have a welfare state that’s supposed to take care of people. In practice, we’ve built a bureaucracy that denies people access to services.

You can create a better society by going in at the bottom and making a floor that people can’t fall beneath. That floor is not an expensive thing to maintain. We can introduce this nationally and globally.

Vinay Gupta, founder of Mattereum Ltd, will be speaking at FutureFest 2018 on Saturday 7 July at London's Tobacco Dock. Find out more and get your tickets.