Celia Hannon explains why Nesta is moving on from predictions and introduces our new series, Future Signals
18 January 2022
3 min read 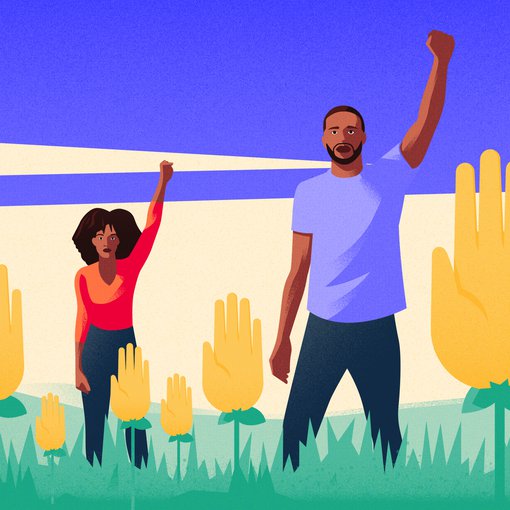 Towards the end of 2021, Professor Chris Whitty was asked to name the historical or mythical figure he’d like to spend New Year’s Eve with. He plumped for "a Delphic oracle... able to give an accurate prediction of the future." An understandable choice perhaps, for a scientist presenting complex models to a media clamouring for cast-iron forecasts in place of probabilities.

But after two years of promises from politicians about a return to normality, is it any wonder that the public have grown sceptical of over-confidence? Arguably, we were already well on our way to prediction fatigue pre-Covid.

The scepticism was seeded by the shocks of the financial crisis, the Brexit vote and the election of Trump, all of which defied the predictions of seasoned pundits. Does this mean we should abandon efforts to peer into the year ahead? Quite the contrary. The task is to move away from false certainty, towards models which acknowledge that change is complex and inherently unpredictable.

During the height of the pandemic, Nesta pressed pause on its own predictions series after a decade. Back in 2010, we had begun curating a set of predictions from staff at the start of every year. Part early-warning system and part provocation, the series was both a vehicle for ideas about how the world could be as much as a tongue-in-cheek commentary about the problematic nature of prediction itself. Fast forward to 2022, and the predictions market is booming; every sector from agriculture to consumer goods now has its own set of forecasts. The Economist has even started to publish a meta-analysis to aggregate these predictions.

Predictions are undoubtedly a useful device when it comes to sparking debate, but they can also have the unintended effect of closing down possibilities – implying, for example, that the impact of a particular technology is a foregone conclusion rather than a process to be influenced by human choices. In this context, rather than generating more bombastic predictions, the bigger challenge is to distinguish the signal from the noise.

Not knowing the future doesn’t leave us passive, but puts the onus on us to be proactive in mapping it

Margaret Heffernan, author of 'Uncharted: How to Map the Future Together'

This year we have a different offering in place of predictions. With Future Signals we spotlight a series of data points, trends and technologies which provide a window into future possibilities across Nesta’s missions and beyond.

So what is a ‘signal’? Whilst one data point might constitute a weak signal of emergent change, multiple signals pointing in the same direction over time are suggestive of a wider trend. In essence, signals are the building blocks of any foresight exercise. In this respect the Future Signals series returns us to the first principles of foresight – with its emphasis on possible, plausible and preferable futures.

The shape of things to come: Future Signals 2022

As you browse the 2022 collection, you’ll see that each piece is built upon a data point, insight, idea or shift in attitudes we’ve observed. Our authors offer up their interpretations of where this signal is heading.

Sometimes this might be a counter-intuitive take, for example Louise Bazalgette considers whether data on a recent rise in screen time could actually be good news, if ‘toddler tech’ is harnessed to enrich child development. Others interpret their signal as the canary down the mine. Jedd Cinnamon points us towards the long-term impact of families now struggling to access early years services in the wake of Covid-related closures.

Elsewhere, we’re finding evidence that formerly niche technologies are poised to make the leap to the mainstream. Olivier Usher and Haru Majengwa see advances in indoor agriculture as one route to cutting down on food miles. To tackle the challenge of making our homes more energy efficient, Karlis Kanders hails the rise of cutting edge technologies in the form of ‘retrofit robots’.

At a time when our understanding of inequality is evolving at pace, it is no surprise that authors have picked out signals manifesting this awareness. Isobel Scott-Barrett sees promising signs that the VC industry is diversifying investment. Jonathan Bone and Laurie Smith consider how access to sleep is now being properly understood as another dimension of health inequality. Looking to fringe developments, Laurie Smith discerns the seeds of a movement to grant the environment legal protections.

Sustainability rhetoric has come to dominate corporate marketing, and Cath Sleeman and Andy Marsden highlight the proliferation of carbon counting tools claiming to quantify the environmental cost of our purchases. But ought we to be alert to a coming backlash? Codrina Cretu traces the emergence of just such a wave; anti-environmentalism, which plays on culture war tropes about the power of the elite.

This collection is our take on some of the issues to watch in 2022, but you won’t find easy answers from the authors as to how these trends will unfold. As John Kay and Mervyn King put it in their recent book, Radical Uncertainty: "good strategies for a radically uncertain world avoid the pretence of knowledge".

While we might yearn for the arrival of a Delphic oracle to furnish us with answers, in the meantime we can still be usefully guided and inspired by the signals of change we see all around us. 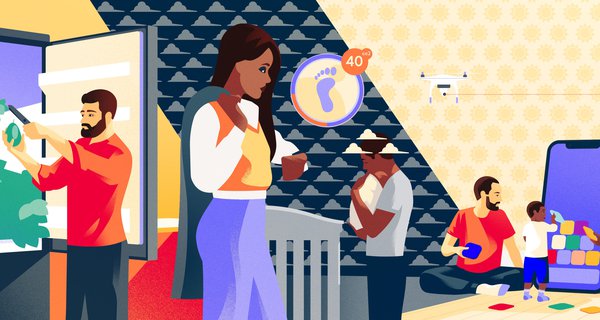 Future Signals – what we're watching for in 2022

Future Signals – the issues, movements and advances to watch in 2022
Feature
17 January 2022