We recently completed wave 4, bringing our total number of projects to 160, raising £140k for schools in a year. To celebrate, we're sharing our results and impact so far.

Rachel was an Operations Intern in the Education Department in the Innovation Lab.

Rocket Fund is a crowdfunding platform for schools, designed to enable all students to access the latest technology.We recently completed wave four, bringing our total number of projects to 160, raising over £140k for schools in a year. To celebrate, we're sharing our results and impact so far.We’re also currently looking for partners and investors to help us scale Rocket Fund to 1,000 schools. If you’d like to get involved, please get in touch here. 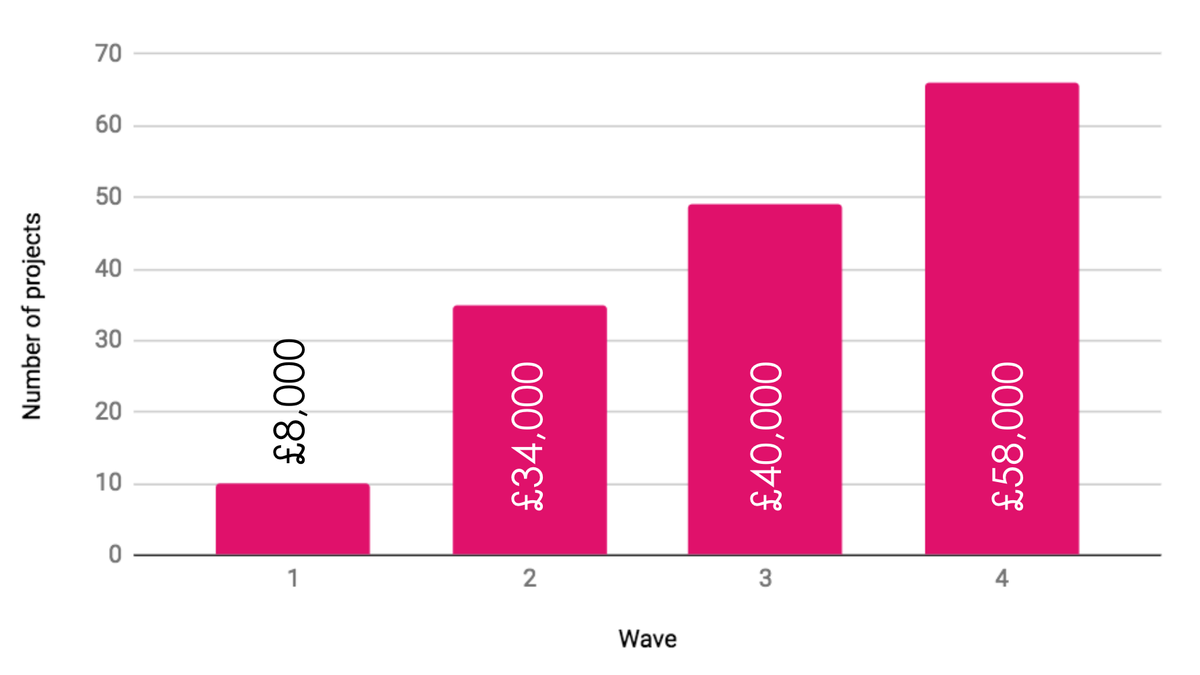 From the rural North of Scotland to the Southern tip of Cornwall we're excited to see that we're attracting schools from across the UK. Explore the map below to see the locations of schools who have been involved in each wave.

Again, we’re pleased to see our user base is representative of the school population as a whole, 77 per cent of schools using Rocket Fund are Primary and 17 percent of schools are Secondary. 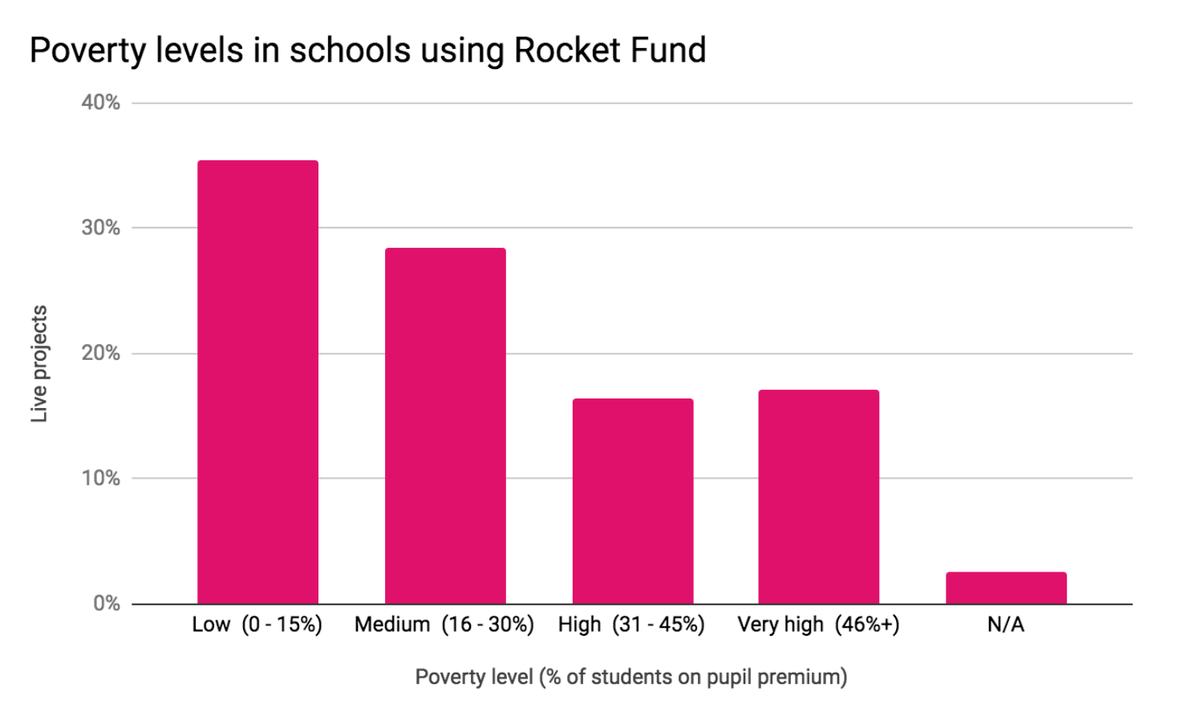 Furthermore, just under three quarters of schools said that less than 50 per cent of their students would be able to access the technology elsewhere (e.g. at home or via a club).Project characteristics

At the moment Rocket Fund only allows schools to fundraise for technology products, as a result, the majority of projects are raising money for products to help teach STEAM (science, technology, engineering, arts and maths) subjects. Although 32 per cent of projects are for products to help teach computing, most projects tag more than one subject, showing that the majority of products will be used across the curriculum.

Robots, coding kits, VR headsets and tablets make up 60 per cent of items fundraised for on Rocket Fund. Some of the most popular items within the "Robots /coding kits" category are: spheros, Bee-Bots and micro:bits. 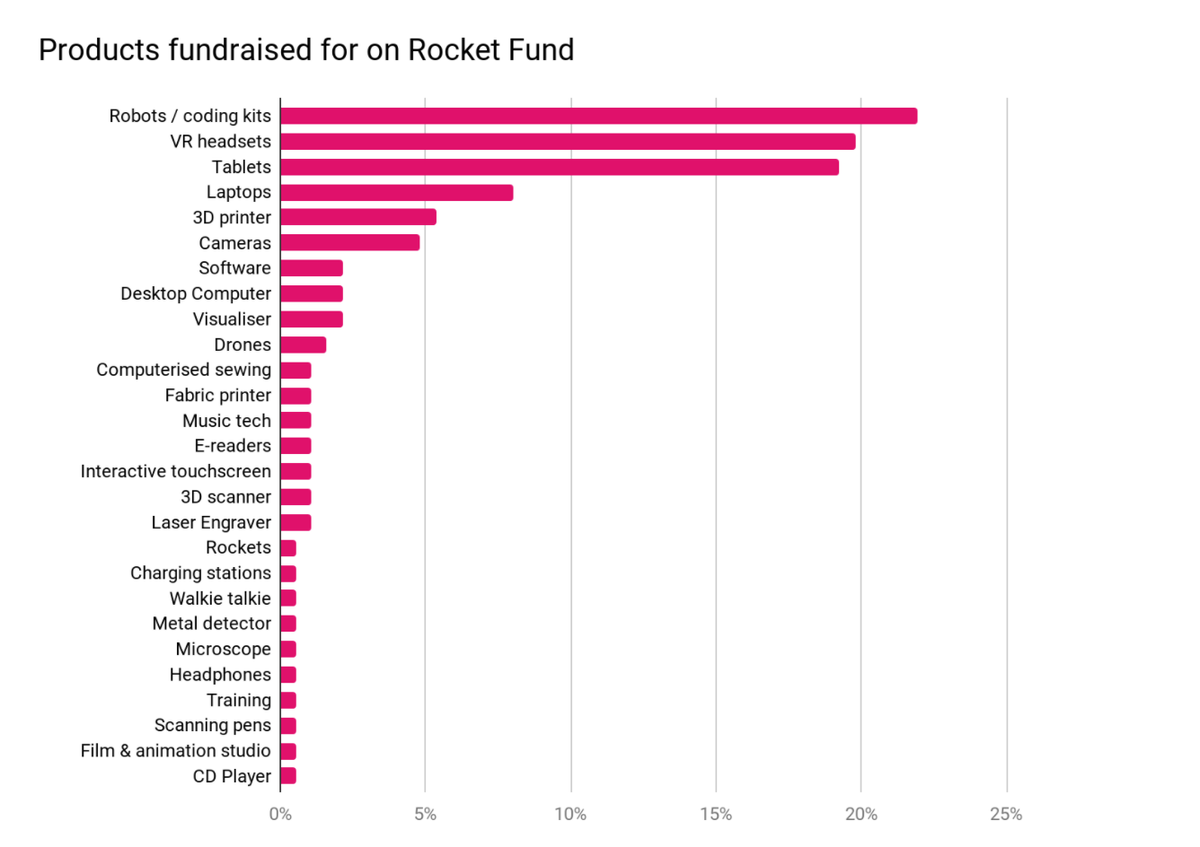 Here are three of our favourite pitch videos so far.

We initially expected most of the donors to be parents; however, we’ve seen a few schools avoid asking parents altogether, focussing solely on local businesses, who are often very happy to donate. We also think the alumni community could offer a huge potential untapped resource, as many former pupils would love to support their old school, but are never asked.

We’ve been blown away by the generosity of some people and pleased to see large donations becoming a fairly common occurrence. We’ve also noticed that many larger donors prefer to remain anonymous - another benefit of crowdfunding.

As well as the obvious monetary benefits, we’ve also observed the following non-monetary (but extremely valuable) benefits of crowdfunding:

Our favourite comments from schools & donors 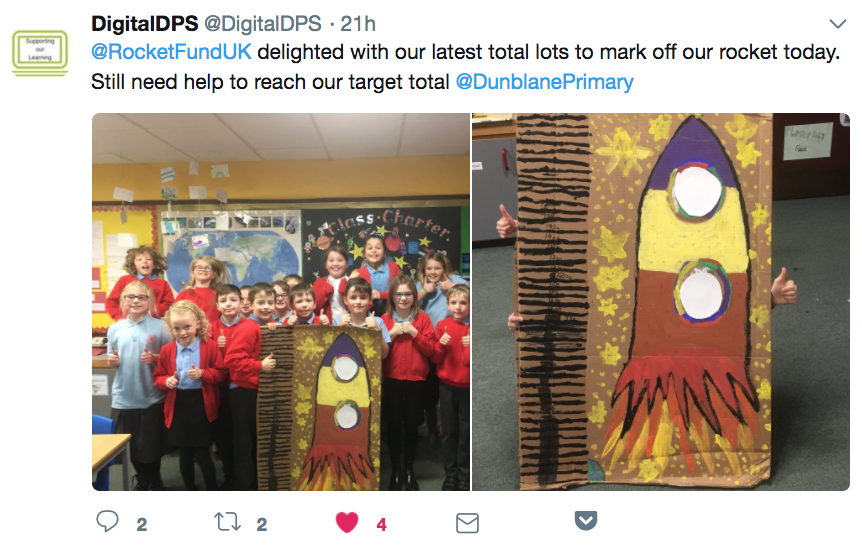 "We have lift off!!!! Thank you SO much for our first donations!!! The pupils are so excited!!!" 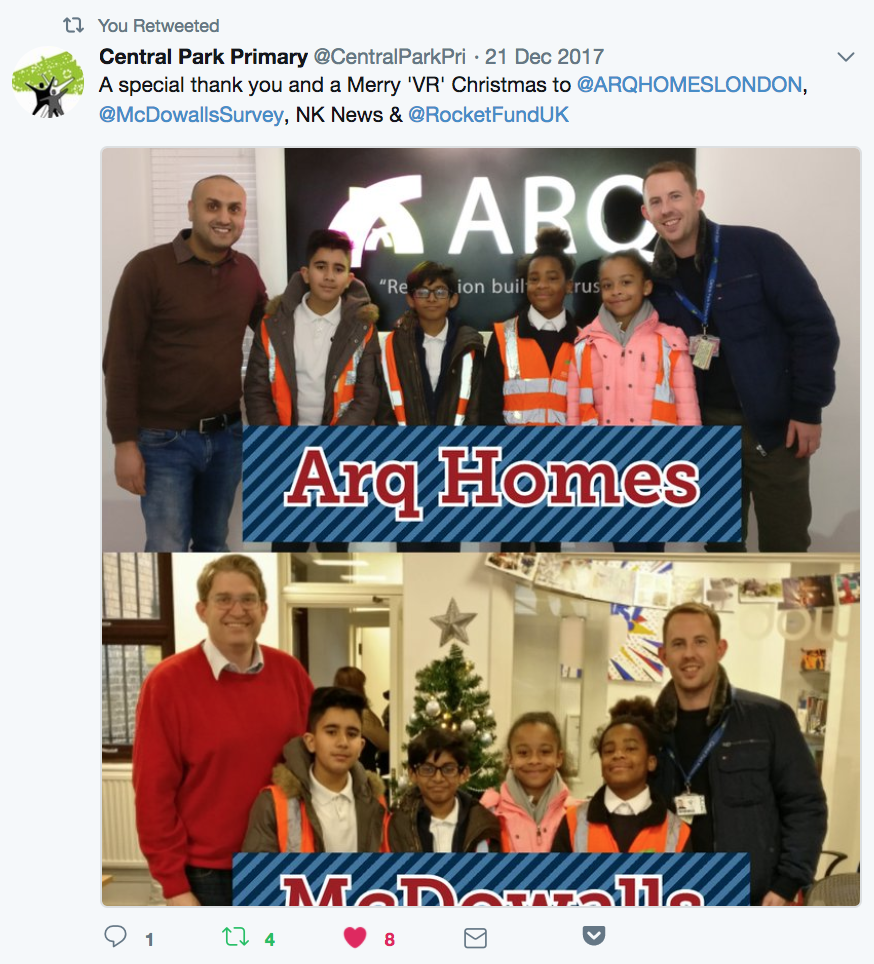 "We have received the robots and the children were so excited to open them. The amount of computing we can do with them is endless." 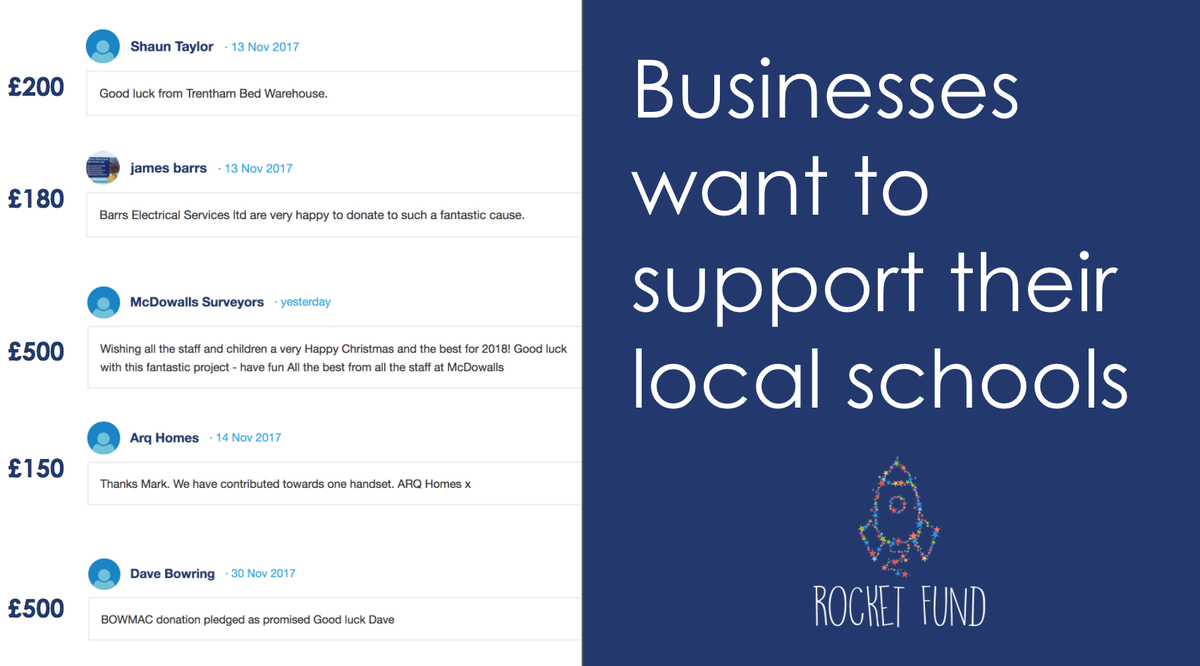 "I can't recommend Rocket Fund highly enough, the thrill to see the pledges coming in was amazing!" 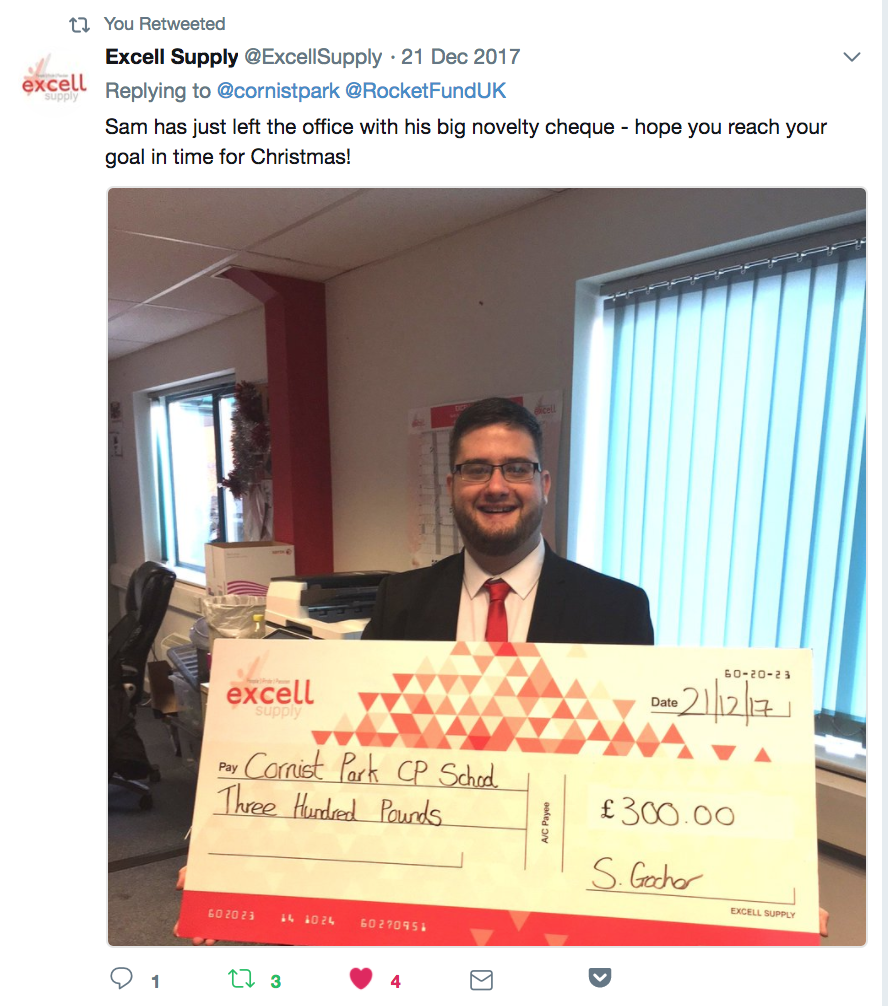 I hope the data above has given you an insight into the impact and potential of Rocket Fund.

We’re now looking for partners and investors to help us scale this to 1,000 schools.

If you’d like to get involved, please get in touch here.

Rachel was an Operations Intern in the Education Department in the Innovation Lab.

Career Skills for the 2020s: What we’ve learned so far