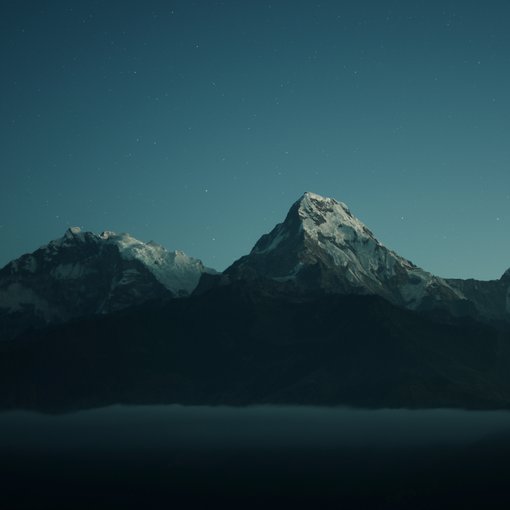 The long tradition of orienting innovation to big missions and challenges has had a useful recent boost. It has, once again, become central to the rhetoric of industrial strategy in the UK, EU and other countries. But are we missing a big opportunity?

This is a welcome revival, and a healthy antidote to the opposing views that favour R&D funding being allocated either just according to the wishes of business, or just in response to researchers’ enthusiasms.

History shows us that big missions can galvanise innovation. The UK had a long history of mission-led innovation from the original Longitude Prize in the 18th century to the drive to build new generations of warship in the 19th century.

The US has a more recent tradition: NASA’s Apollo missions remain an inspiration (and at one point employed 500,000 people and 20,000 organisations in the 1960s). Elsewhere too, missions have galvanised innovation: Japan’s push to dramatically boost energy efficiency after the oil crisis of the mid-1970s was a huge success, as was Germany’s later Energiewende.

Not all missions succeed – Nixon’s mission on cancer was, at best, a partial success, and Japan’s methods worked much less well in later decades. Britain and France’s Concorde is an object lesson in how the wrong kind of mission can distort funding and policy. But a good proportion have helped to give direction and energy to innovation systems and made business investment easier by reducing uncertainty.

Missions aren’t everything. But at least some proportion of R&D spend should be allocated to them (when I conducted an internal review of UK government innovation policy with the Strategy Unit in the early 2000s, we recommended around 20 per cent for more strategic funding aligned to specific national priorities).

So what should be done now? Here I outline seven big questions that arise from this revival, all of which need better answers than the very broad brush claims of recent reports, especially if mission-oriented innovation is to be more than just words. This is a field where detail matters.

1. The first is an old question, but one that’s unavoidable: what counts as a mission or challenge, and how precise should it be? The often mixed-up use of the words mission, challenge and moonshots doesn’t help. Some missions are focused on problems (like carbon reduction) and others are opportunities (like how to make the most of AI).

Missions can be quite specific – like landing a man on the moon – or very broad, like cutting carbon emissions

It’s best to think of a hierarchy from very broad missions at the top (like addressing ageing), through intermediate ones (like helping people with dementia live better lives), to much more specific ones (such as new house designs, apps or local support networks).

At Nesta we have focused on this more specific end through challenge prizes. Last month, for example, we gathered experts from all over the world in Milan to design specific challenges in data, food and surgery, and our team has become very good at shaping precise, but achievable challenges of this kind. My main concern at the moment is that the language in both the EU and UK documents is very broad, and very little money has so far been directed to these more targeted missions.

This misses a trick - more specific challenges can be galvanising in all sorts of ways. The Longitude Prize, for example, benefited from a media campaign that reached a very high proportion of the UK population, helped shift attitudes to antibiotic resistance and now has 200 teams worldwide competing to win it.

2. Second, what methods should be used to advance missions? Are they the same as a few decades ago? For me, this is a disappointment of recent writing on the subject, and a potential weakness of the new UK industrial strategy and of European Commission thinking about FP9. The tools of innovation have changed a lot in recent years, with everything from accelerators and challenge prizes, to uses of data and procurement, and much greater recognition that's influencing demand for innovation matters as much as boosting supply.

But little of this is reflected in the recent debate about missions. A few decades ago, mission-oriented innovation was all about R&D funding and this is still very much the focus of the latest EU and UK reports. We’ve been arguing for several years that this is anachronistic.

That’s why a few years ago we recommended devices like advanced systems agencies to better align government structures and actions to ambitious missions. We’ve also promoted the many tools of regulatory innovation to help drive forward new approaches to everything from driverless cars to AI, as complements to the traditional methods. It should be obvious that these policy and regulatory tools are vital parts of any serious mission. But they’re absent from much recent writing.

Top down or bottom up?

3. Past missions often ended up very dominated by big business and universities (and that was certainly the dominant model in Japan). The 21st century missions - whether on topics like reducing energy use or eliminating plastics from the oceans - need to be much more open; tapping into the ideas of entrepreneurs and social innovators, and also engaging the public.

There is lots of experience in how to do this well - with mission-oriented accelerators, corporate-start-up partnerships or ambitious programmes to galvanise social innovation. But these too have little visibility in the recent policy documents.

4. There’s also an important question about place: how much can local cities or regions act as testbeds for missions? I’ve argued in the past that there is great value in mobilising places to drive forward missions - whether around fitness and ageing or energy. There are some very good examples of this (like Freiburg) and some less successful ones (like the UK’s Whole System Demonstrator).

Our Flying High programme on drones - which connects national government, regulators, the industry and cities - provides a good new model that brings all the players together (cities, national government, regulators, innovators and the industry) to work out new uses and co-create new regulations. Cities are very much in charge of this, and are well-placed to drive future experiments in many of the most important fields of industrial policy. But the UK in particular lacks good frameworks for national/local innovation collaborations of this kind.

Should be the public be observers - or involved?

5. Contemporary missions need to involve the public much more than their equivalents a generation ago - especially around potentially contentious issues like AI, drones or AVs.

A lot has been learned about how to do that well (and at Nesta we’ll be showing how to do this in relation to AI this summer), but again the whole theme is covered in recent reports only in very broad brush ways.

The importance of the issue is acknowledged but with little sense of practical experience or what’s been learned.

6. Many programmes that are ostensibly about missions are strong on developing technology but weak on adoption and long-term impact. Concorde is a classic example of this, while Japan’s energy efficiency programme is a rare counter-example that was impressively focused on behaviour right across supply chains.

The recent writings on missions risk replicating the traditional weakness of innovation policy, which is to be too focused upstream rather than downstream.

To be credible, far more effort and resource needs to devoted to spread, adoption and adaptation. This will rarely be a priority for research funding bodies. But it should matter to the politicians who launch the missions.

Accountability - to who and for what?

7. Finally, how would we know if any of these missions are working? And whose heads should be on the line? The proposals for mission oriented innovation would be more credible if they also proposed genuine accountability.

Otherwise, this risks just being an aerosol sprayed onto existing programmes, without much at stake. Serious accountability might also prompt more serious analysis of how to avoid the patterns that led many past missions to fail. I couldn’t find anything in the recent writing on this subject that tried to explain what had and hadn’t worked with similar initiatives, like the Horizon 2020 seven societal challenges or previous RCUK grand challenges.

So in a nutshell: the high level thrust of this return to missions and challenges is very welcome. But this risks being a great missed opportunity if there isn’t more serious and imaginative work on the how and the array of methods that can turn the words into useful action.