Lucy is an Analyst on the 'A Healthy Lives' mission team. 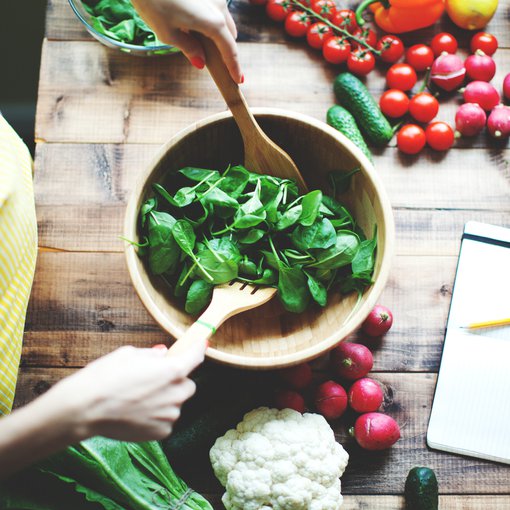 At Nesta, our mission is to increase the number of healthy years lived by adults in the UK. Obesity is one of the strongest predictors of early death and greatly increases the risk of diseases such as heart disease, cancer and type 2 diabetes. And obesity may also go hand in hand with other factors that impact healthy outcomes.

Obesity is a complex and sensitive issue so we’re thinking hard about how best to frame our messages, how to test and scale the most effective interventions and the best way to measure impact. There can be unintended consequences when it comes to the levers we try to pull and the messages we communicate. This is particularly acute when thinking of people who experience eating disorders. There are a number of ways that obesity and eating disorders interact; through risk factors, characteristics and overlap between the groups affected. Thinking carefully about framing and language can help reduce the risk of harm.

What are eating disorders?

The eating disorder charity Beat describes eating disorders as ”serious mental illnesses that involve disordered eating behaviour. This might mean restricting food intake, eating very large quantities of food at once, countering food eaten through purging, fasting or excessive exercise, or a combination of these behaviours”.

Eating disorders are influenced by a range of factors including environmental factors, harmful public narratives and stigma. Beat estimates that 1.25 million people in the UK are living with an eating disorder, with around 6.4% of the adult population experiencing signs of an eating disorder.

There is a common and persistent myth about the ‘sort of person’ who experiences an eating disorder. The cultural stereotype often depicts a young, underweight female - usually from an affluent background. In reality eating disorders affect people of all ages, body types and gender identities. The drivers of obesity are many and complex and include a mix of biological, social, environmental and individual factors, many outside of our control. The drivers and experiences of eating disorders are equally varied, affecting individuals in many different ways depending on individual experience, environment and context.

Research around eating disorders and obesity highlight the fact that they are not opposite ends of a spectrum, but in fact overlap and intersect. Many of the risk factors for obesity and behaviours associated with obesity are also risk factors for eating disorders. These can include dissatisfaction with body shape or size, media and cultural narratives that perpetuate stigma, shame and body ‘ideals’ and a focus on calories, binge eating and restrictive consumption behaviour.

The language we use about obesity and its drivers has the power to create and perpetuate stigma and shame. Negative words such as ‘restrict’ or ‘avoid’, and unhelpful phrases such as ‘war on obesity’ can have a profound impact on people and their perceptions of their bodies.

Some eating disorders, such as anorexia nervosa, are characterised by a fear of putting on weight and the promotion of the ‘thin ideal’. Obesity reduction strategies and narratives, particularly in the media, which place the responsibility for obesity on individuals, promote particular body shapes and standards, and encourage weight loss and behaviours such as calorie counting, can cause harm to people living with eating disorders.

Research suggests that interventions with the best outcomes look at risk factors and areas associated with both obesity and eating disorders. There are some shared genetic and environmental features for eating disorders and weight status, including traumatic experiences and marginalised status. A focus on a more supportive, holistic approach to health will benefit all of us by making healthy food options more available and affordable for all.

If focusing on specific weight loss interventions, this should be done with professional support which takes into account an individual's mental health and wellbeing and not just their physical weight. Evidence suggests that weight loss programmes which are professionally administered do not lead to increased risk of eating disorders, but unhealthy dieting practices can increase the risk of developing eating disorders by up to 18 times. This is why organisations such as Beat recommend a collaborative approach between the obesity reduction sector and those working in eating disorder support.

Lucy is an Analyst on the 'A Healthy Lives' mission team.