Ahead of FutureFest 2018, Charlie Leadbeater explores escapism and how utopian thinking can serve as a vehicle to map out a better future
23 April 2018
In Futurescoping
4 min read

Charles Leadbeater is a Nesta Fellow and leading authority on innovation and creativity. He has advised companies, cities and governments around the world on innovation strategy. 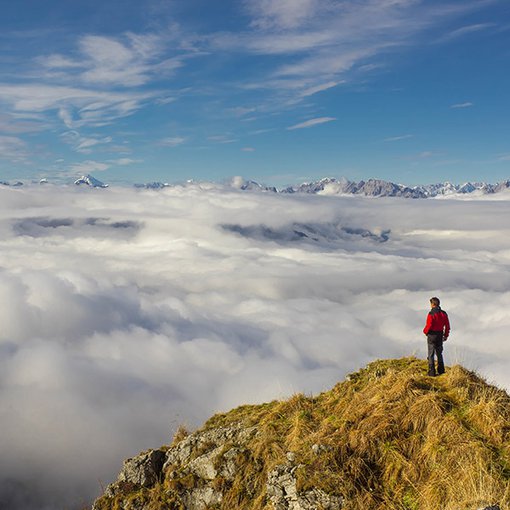 It was as I was driving away from the municipal recycling centre one Sunday afternoon that I spotted them, just between the Fitness First and the up market yoga centre, from which lithe people in leggings were appearing, looking glowing with rolled up mats under their arms. I had heard about escape rooms without ever knowing much about them. I assumed they were a little like modern opium dens or places where stressed out people went to get away from things.

Here they were just around the corner from our house, two of them, side by side, the makings of an escape room cluster, offering a combination of real world and virtual reality escapism.

As far as I can work out, these are rooms you escape into, to play a game, the objective of which is to escape from them. You pay people to lock you up, perhaps even slightly scare you and then, with other people, try to escape from their clutches. These rooms have become increasingly popular over the past few years, offering people the thrill of being able to outwit captors they have themselves commissioned to be their jailors.

It is hard to imagine a game that better sums up the state of modern capitalism: it sells us pleasure as a form of entrapment and then it sells us our means of escape. Michel Foucault would be turning in his grave.

The existence of these rooms point to a larger question of the role of escapism in our culture, for good and ill. What do these escapist urges reveal about us, how we feel about how we live and how we want to live in the future? These are the questions we will tackle in a session at FutureFest with political philosopher Ruth Levitas, who spent a long academic career exploring the power of utopian thinking in music, art and politics, and the cultural critic Sarah Churchwell, author of a forthcoming book on the American Dream, until recently the fountainhead of mass escapism.

Is escapism on the rise or in retreat?

Since the financial crash it appears that many young people have become super-realists: they are less hedonistic and more abstemious as they focus on getting good grades and finding a job. The constant self-surveillance of social media means they never completely escape the judgements of others. We never get away from technology, other people and advertisers. There is no escape from the reach of Facebook & co, deep into the nooks and crannies of our lives.

Yet in other respects our culture seems flush with escapism, from travel to video games, virtual reality to festivals, there are more ways than ever to escape, at least temporarily, from a world that too often disappoints. Escape industries are blooming. Politics is one of them: the UK is exiting from the EU; the US is leaving many of its international obligations; Catalan nationalists want to free themselves from Spain. Brexit is a rerun of The Great Escape with Boris Johnson in the role of Steve McQueen.

In a complex world, people feel the urge to escape entanglements which appear to limit their freedom

Escaping from and to?

What, then, are we escaping to? Some Silicon Valley entrepreneurs are preparing to escape to New Zealand, which will be the place to go to when the rule of law breaks down in the unequal society they have helped to create. Looked at in another light, Brexit is also an escape backwards into a rosy nostalgic vision of the past.

Compare these visions with that articulated by William Beveridge in the reports which led to the creation of the welfare state. Beveridge gave a coherent account of what he wanted to escape from – the great ills of hunger and ignorance – and what he wanted to escape to – a society of fully employed workers and engaged citizens, supported by the state. Will we ever see such a coherent, planned and collective act of escapism ll?

If escapism is set to become an ever more individualistic cultural endeavour, then the emphasis in the future will likely be on the search for private utopias. Mindfulness is one means of escaping the stress of worrying about an uncertain future by relocating yourself to an uncluttered present.

Contemporary escapism risks embedding, rather than challenging, growing inequalities. Silicon Valley billionaires dream of escaping death with cryogenics and space travel when this planet is burnt to a cinder. Meanwhile, back on earth, refugees dream that a desperate journey in a flimsy inflatable might allow them to escape poverty and violence. The turn against migrants across most of Europe shuts down escape roots for millions hoping for a better life.

What, then, should we think of escapism - is it a vital good, essential to living a good life or a dangerous distraction from reality? “That is so escapist,” is often meant pejoratively. Yet escapism is mostly a harmless pleasure that offers people respite from the daily struggle of getting by.

Throughout the history of humanity, much of art and literature has sought to offer us an escape from the world as it is

Mary Beard reminds us in her 'Civilisations' television series that religious art is a way to see what life might be like in divinity, when we have escaped our earthly bonds.

Often escapism is dismissed as a character flaw, a refusal to face up to reality. Worse, some forms of escapism, addictive drugs for example, can trap people in a self-destructive cycle that only diminishes their quality of life. We need to be careful not to indulge our escapist urges too much in case we lose touch with reality.

Yet in some respects escapism is absolutely vital in helping us to live well and for society to make progress. Good forms of escapism emancipate us, allow us to grow and aspire to dreams of a better self and a better society.

Utopian thinking can serve as a vehicle to reflect on an unacceptable present and map out a desire for a better future. Dreaming is an absolutely vital state for both individuals and society: America is the pre-eminent example, a society obsessed by a dream. John F Kennedy and Martin Luther King both had big dreams.

Do we now need more utopian dreaming, more far-fetched speculations about how society could be organised, so the economy brings out the best of our capacity for kindness and generosity rather than the worst of our selfish calculating selves? How do we cultivate ‘good’ escapism, more shared visions of a better future in which we can emancipate ourselves and grow?

Charlie Leadbeater will be hosting a debate, 'The Great Escape', about our collective love affair with escapism on 7 July at FutureFest. Find out more.

Charles Leadbeater is a Nesta Fellow and leading authority on innovation and creativity. He has advised companies, cities and governments around the world on innovation strategy.