We will need a much more systematic approach to R&D and evidence, if we are to reap the full potential of technology in education

UK edtech is in many ways strong, helped by very big firms like Pearson and well over a thousand start-ups, as well as important resources like TESGlobal and events like BETT. As a country, we benefit from a long history of involvement in educational technology. The BBC and Open University have been pioneers and the high demand for courses in the English language puts us in a position to benefit greatly from this growing sector.

That matters because the global eLearning market is estimated to be worth around £120 billion and could double in size over the next decade, with significant growth not just in formal education but also in adult skills (professional and personal). One driver is the shortage of teachers faced by many countries: edtech can’t substitute for face-to-face teaching but can complement it in many ways.

Elsewhere edtech is now about much more than just new ways of providing curriculum and teaching materials. It also offers ways of improving assessments, peer support, connections beyond the school and personalisation, and new approaches to credentials. Navitas Ventures recent Global Edtech Census, for example, maps over 30,000 education companies from around the world into various edtech specialisms from a global perspective and shows just how much is underway.

These are just a few of the reasons why many expect growth. But so far the UK industry has had little, if any, support from government (Scotland is a different story).

Meanwhile start-ups are held back by difficulties with contracts, the challenge of marketing to a fragmented school system, and entrepreneurs’ lack of direct engagement with teachers and schools.

One symptom of the problem is that the UK has played a relatively small role in recent developments like the rise of MOOCs (apart from Futurelearn). There are no policies and strategies, no permanent showcases, no specific R&D programmes and no orchestration of procurement.

So a sector that is bound to become more important, where the UK has comparative advantage and where government could be a major player, risks losing out. This doesn’t just matter for future growth and jobs. It also matters for equity. In the absence of public policies, the many tech tools providing curriculum content or assessments will, like offline tutoring, only be available to children with rich parents.

After many years of neglect, there are now welcome signs that attitudes in government may be changing, and the next few months could see the first serious engagement for many years, including possibly a sector deal as part of the industrial strategy. That’s good news for us at Nesta, as we have been closely involved in edtech for many years – setting up and running Futurelab, investing in some fantastic firms like SumDog, Cogbooks, Third Space Learning and Arbor; analysing the effectiveness of education technologies; and promoting coding and digital making of all kinds.

We also recently created the Rocket Fund to serve as a fundraising platform for schools, empowering teachers to buy the latest technology, by connecting with local businesses and their community, and making a contribution to addressing the digital skills crisis. 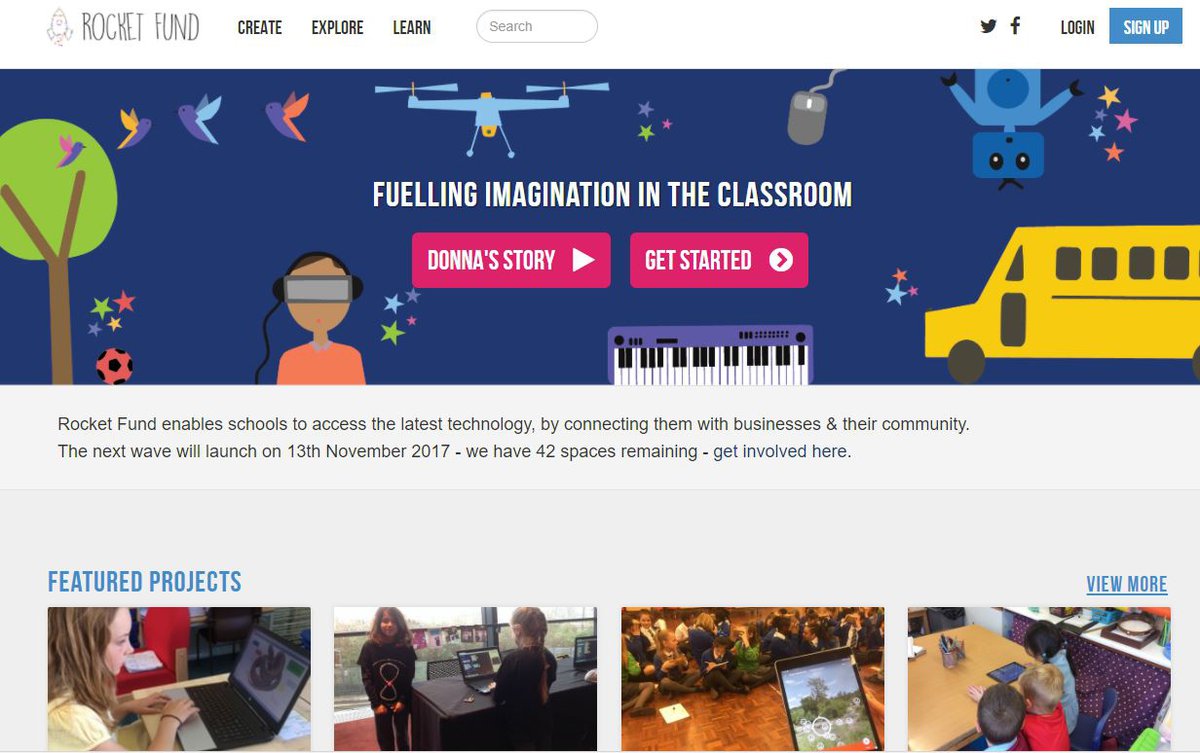 So what is needed?

A couple of years ago we were asked by the Prime Minister’s office what would make a significant difference. Here’s a summary of what we said which still feels about right:

These would be a good start. There is of course a broader agenda around digital skills in schools, where we still need much more engagement by the tech industry to encourage volunteers to work with teachers (a topic Nesta has been closely involved in for many years) and around adapting the curriculum to future needs (as we showed in our big study with Pearson on future skills needs).

There’s also a parallel agenda around innovation in higher education (on which I did a piece last year - why universities don’t just need more innovation - which led to projects in China and Australia, and another one on technology in HE). There too individual creativity and excellence happens without much strategic support or much success in capturing lessons. As a result of lot of effort is wasted.

The vice of edtech in the past was overhype: overclaiming and failing to deliver impact. For now the priority is to use renewed government interest to put in place some of the supports that are needed to get the full benefit from a stream of new technologies that now include the many forms of AI, VR and AR. That will need to include a much more systematic approach to R&D and evidence so that we can reap the full potential of technology.

For the first time in years, there may be a chance to make that happen at scale.