Debbie Weekes-Bernard talks about challenging London’s inequalities during a pandemic, the need for data that reflects the real nature of our communities - and why she sees hope for change after COVID-19.

Debbie Weekes-Bernard has a remit to ensure London “allows everyone regardless of background, access to opportunity.” It’s a massive role at the best of times, in a city of nine million made up of an extraordinary patchwork of cultures and communities and where inequality remains a fundamental problem, most clearly in economic terms.

“London is a financial hub, where people come to live and work. It should provide opportunities for all, but it doesn’t yet,” she says. “We still have, I think, one of the biggest wealth gaps of any city across the UK.” The Centre for Cities ranks London the UK’s third most unequal city behind Oxford and Cambridge, despite topping the league for average weekly earnings.

To get its job done, City Hall has to work effectively with 33 local boroughs and across many complex strategic partnerships. COVID-19 has been a test of the city’s cohesion in support of the NHS; the Mayor’s team have had to show clear public leadership.

The data suggests that Londoners and their front-line services met the challenge. Figures from the Office for National Statistics (ONS), showed that at the height of the outbreak, in the week ending 17 April, London registered 2,304 excess deaths. But by the week of the 29th May that figure had come down to 64. That the lockdown achieved this largely through unpoliced social consensus points to the city’s enduring sense of collective identity, despite those economic disparities.

But what happens now? Weekes-Bernard says that since those early days of the pandemic, City Hall’s actions have been directed by the knowledge that “already existing inequalities are likely to be exacerbated by the crisis.”

Greater London contains many of the most deprived local authority boroughs in the UK, and Newham, Brent and Hackney recorded the three highest age-standardised mortality rates throughout March and April. Weekes-Bernard thinks there will inevitably be knock-on effects in terms of the labour market, with COVID-19 “increasing already high rates of unemployment” among ethnic minority communities.

In many London boroughs people live hand to mouth, and the lockdown and enforced closure of businesses made food security a massive issue. “We had some crisis points in the initial weeks,” recalls Weekes-Bernard. “In some parts of London food bank stocks were incredibly low at a time there were increasing numbers of people who had lost jobs before the job retention scheme had kicked in. Many people had also not been able to claim benefits.”

City Hall weighed in, and gave £5 million to the London Community Response, an alliance of civic funders, to help feed the city and keep crucial voluntary services functioning. “We worked with local authorities to strengthen the third sector organisations that provide community kitchens or befriending services and advice,” says Weekes-Bernard. “It was a matter of making organisations sustainable under that sudden pressure.”

'London should provide opportunities for all, but it doesn’t yet.'

She thinks the response could have been better targeted with more consistent data. Currently 33 boroughs take an individual approach. “Not everyone collects the same sort of data,” explains Weekes-Bernard. “The boroughs have different demographics, so they will not all focus on the same type of information.” Fortunately City Hall had a general picture of food insecurity in London prior to the lockdown. But although they knew roughly how many people needed help and the groups they were from, they lacked “an understanding as to where they were.”

Weekes-Bernard says that one obvious lesson of the pandemic is the value of relevant data. “Data has been incredibly important, where we can get it. But we need much more detailed, consistently and appropriately collected data. In 2020 it’s not sufficient to just have categories such as Black, Asian and White in a city like London. That's ridiculous! We need to collect information that helps us to get a true picture so we can respond better to these situations.”

She wants ethnicity to be recorded on death certificates as it is in Scotland, and thinks that this might have made a major difference - “If we had been asking the right sorts of questions at the right time, we would have become aware of COVID-19’s impact on minority ethnic groups much earlier.”

'We need much more detailed, consistently and appropriately collected data.'

How should the experience of the pandemic change our approach to research in London? Weekes-Bernard emphasises the current gap between how much we presume about the nature of local communities versus how much we speak with them and engage with them about decisions that shape their lives. This is especially prevalent in the complex area of health inequalities.

“I don't think we do enough bottom-up research,” she says. “We make assumptions, not only about who's in the community but what the community wants and needs. We don't appreciate how little trust there is in communities around big institutions that are set up ostensibly to serve them. There is a real community lethargy about being over-consulted and then not actually having much say in the issue that's being looked at.”

She anticipates a wave of research and initiatives post COVID-19 and hopes that these will be more community-led. “I think communities want to understand what's happened, so there might be a real willingness to be part of the process,” she says. “But people need to feel they've got a proper say in it - and get something out of it. I know how communities, certainly in London, feel over researched and never see the outcome.”

City Hall collaborated with Public Health England (PHE) on its National Review of the COVID- 19 data, which laid bare the disproportionate impact the pandemic is having on BAME communities. Weekes-Bernard wants to go further. “PHE tend to look more at clinical pathways while we are really interested in the drivers for health inequalities,” she says. “We want to get a better understanding as to why COVID-19 is impacting on particular communities in particular frontline roles and in particular boroughs.”

She sees this kind of detail as vital if we are to illustrate the connections between equalities and health outcomes. “Getting people to understand the structural determinants of health is a challenge,” she says. “There can still be a perception that health inequality arises from bad personal choices. It's taken a crisis to even begin to change that. If we look at what's been happening with bus drivers - we've sadly lost around 43 bus drivers in London and a huge proportion of those have been black and male. So this is not a matter of choice. There is clearly an ethnic penalty in relation to the way that this virus impacts different communities.”

Does she think that the research environment would be improved by a new body, such as the one Nesta has been advocating for, that would target health inequalities through research and development with a local focus?

“Definitely - if it is seen as not coming from government or even from a local authority,” she says. “If it is clearly independent. But it would need to be a research body in which those communities see themselves represented, in the workforce and in questions that are being asked, otherwise the engagement won't happen.”

She is also an advocate of co-production: “It can be great - it really does bring people in and you have so many stars in communities that have hidden skills. It’s not fool proof. You have to be patient; but it can lead to a real richness of data and understanding.”

'We don't appreciate how little trust there is in communities around big institutions that are set up ostensibly to serve them.'

Weekes-Bernard hopes that the tragedy of the last few months will put inequalities at the top of the national agenda. She has been encouraged by the political engagement.

“For example, we are now talking to No10 about lifting the condition of ‘no recourse to public funds’” she says, “because we know that it prevents migrants in particular from being able to access the public health services they need to protect their lives. We’ve also talked about the cut-off point for free school meals of £7400, which excludes many people who are struggling financially. So the pandemic has led to conversations that we haven't been able to have before. In recent weeks, government intervention has saved many people from destitution. It can be done. We want to say, look how easy it is to do this!”

Just as heartening has been the public’s acclaim for the role played by front-line workers. She highlights the regular Thursday show of support for the NHS, for carers, and people who work in the health and social care sector as cleaners and as porters.

She points out that the social care workforce is made up of “groups of people for whom there isn't always a lot of national love. Lots of migrants, lots of people on zero hours contracts, people from many different ethnic and faith backgrounds.”

It’s a sign that people can come together: “It’s really positive that we are having a conversation about what those people do and how well they care for the nation. We're making huge steps in recognising their contribution. I would never have dreamed it would have happened this time last year. That’s progress.” 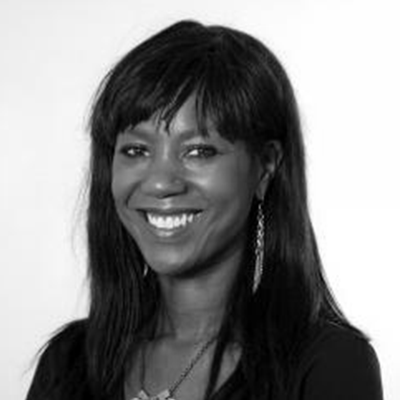 Dr Debbie Weekes-Bernard became Deputy Mayor for Social Integration, Social Mobility and Community Engagement in November 2018. Debbie works to improve Londoners’ life chances and to boost social integration and community voice across the Mayor’s programmes. She leads the promotion of equalities and active citizenship across London and makes sure City Hall actively seeks to tackle poverty for Londoners across all groups. Debbie joined the mayoral team from the Joseph Rowntree Foundation and prior to that worked at the Runnymede Trust.

Alongside professional work, Debbie has a longstanding professional and personal interest in social justice, social mobility and community engagement. Debbie is a trustee of the Equality and Diversity Forum and has sat on a number of other influential panels and working parties including the Poverty Commissions for both the National Union of Students and the London borough of Lewisham and is a member of the British Journal of Sociology of Education Editorial Board.

Debbie has a PhD in psychology and sociology and lives in Waltham Forest.